DJ Hazard has announced the launch of his brand new label Hazardous Material and the debut release is available to pre-order right now on Beatport!

Hazard has been killing it since he burst onto the scene with releases on DJ SS’ Formation Records. These tracks caught the ear of DJ Hype and he quickly commissioned a string of tracks for his Ganja Records label before signing him to the Playaz label in 2004.

His release schedule over the past few years has been sporadic to say the least, but less is more with Hazard. Quality control is the name of the game when it comes to Hazard releases.

Award-winning artist DJ Hazard announces the launch of his brand new imprint, Hazardous Material. Celebrated for his distinct sound, Hazard’s new label will showcase some of the most sought after tracks in drum & bass, kicking things off on 22nd October with the unmistakably Hazard-penned track ‘Butter’.

As the name suggests ‘Butter’ is a smooth, rolling number with smacking low-end. Stay on the lookout for a bevy of forthcoming Hazardous Material coming from DJ Hazard and friends.

Hazardous Material is not only a place for releasing music. There are also plans to host club nights, which will no doubt see the label boss performing alongside whichever artists he signs to the imprint. As yet no dates or venues have been announced but following Hazard on Instagram would probably be a good idea if you want to stay in the loop with everything he’s planning for the label.

Hazard has been teasing us with pictures from his studio over the past few months. He’s had a host of artists pass through including the likes of Dillinja, Bou, Emperor, DJ Hype, Total Science, Annix, Nicky Blackmarket & more. 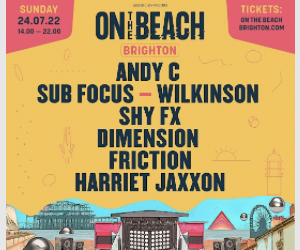 The Samples of DJ Hazard – Part 3